It has been a privilege to cover the Sanders campaign in New York City as a photographer. I photographed four rallies in Brooklyn and Queens, hearing Bernie’s speech so many times that I could probably deliver it myself. It has been an exhausting but rewarding experience, and I hope that my readers in New York will go out and vote tomorrow for the candidate of their choice. 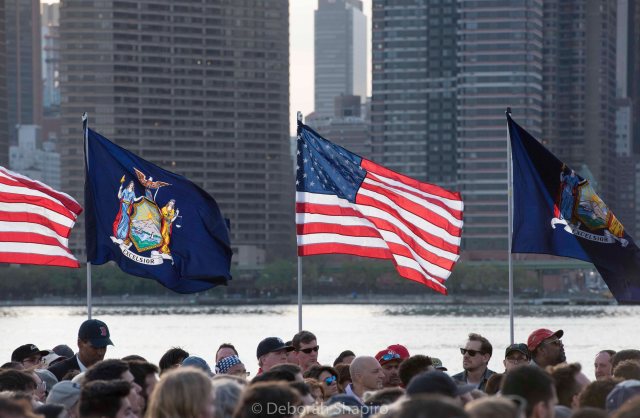 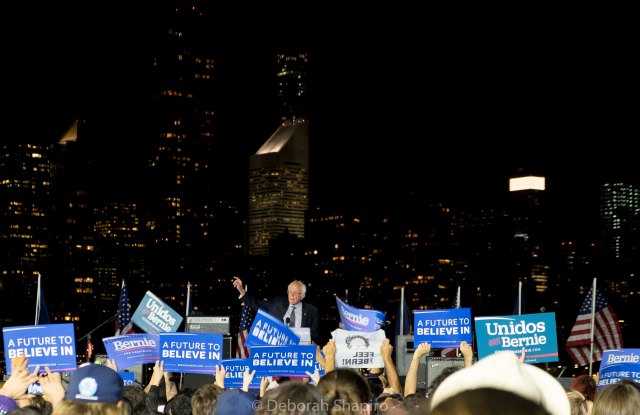 With the Manhattan skyline as background, Bernie Sanders closes his campaign to win the New York primary election. 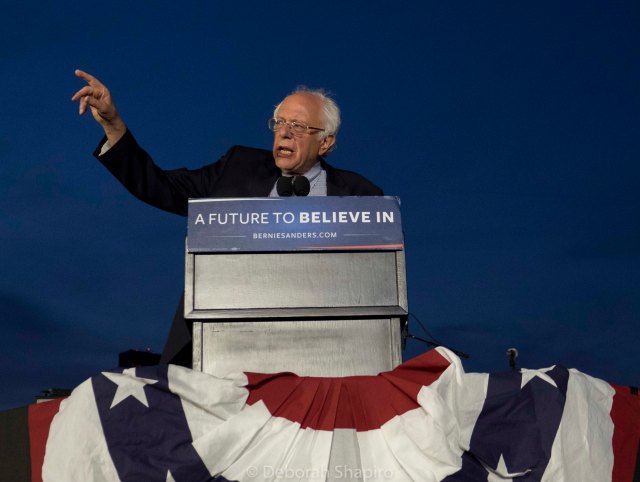