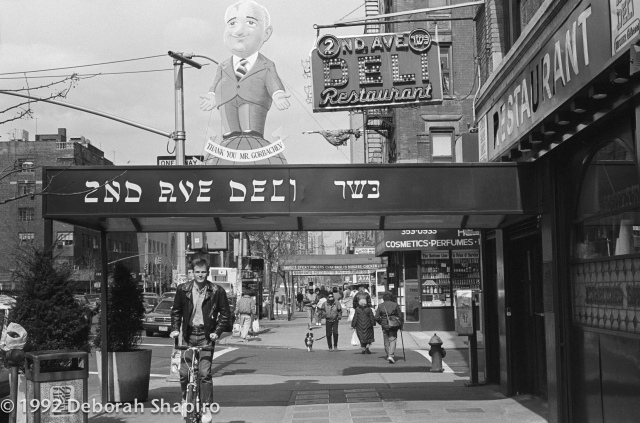 1992. The Soviet Union had fallen, and Mikhail Gorbachev was visiting New York as a private citizen on the lecture circuit. He was more popular here than back in the separate parts of his former country, as evidenced by the sign on the awning of the famous 2nd Avenue Deli in the East Village. Note the depiction of his birthmark, so carefully airbrushed out of Soviet-era photos and posters.

For blog readers not familiar with New York, the 2nd Avenue Deli was a beloved landmark for many years until the murder of its longtime owner, who was shot in a robbery attempt while taking the day’s receipts to the bank.

This entry was posted in Uncategorized. Bookmark the permalink.